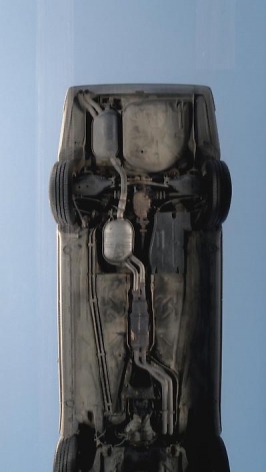 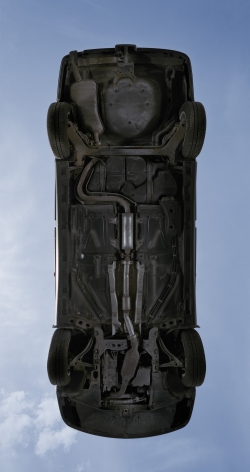 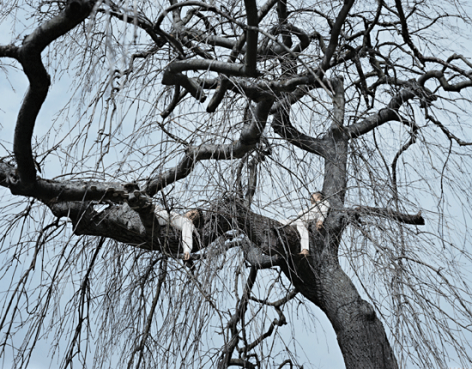 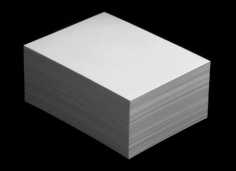 Conner Contemporary Art is pleased to announce two concurrent solo exhibitions featuring new photographs and videos by Maria Friberg, of Sweden, and Dean Kessmann, of Washington, DC. For each artist, this is the fourth solo show with the gallery.

In transmission, Maria Friberg re-frames the automobile as a sign for ambivalent concepts, such as progress and environmental threat, social hierarchy and economic instability, and male power and uncertainty. In her video and photographs, Friberg presents various makes and models of cars, from below, displacing their most familiar features, and exposing their seemingly vulnerable undersides. Filming moving cars against a clear sky, the artist achieves a dream-like effect, while underscoring the relation between man and nature, which forms a major theme in her oeuvre. Her focus on man’s place in the natural world is amplified in alongside us, a recent series of large-scale photographs of men suspended on branches of trees, also on view.

Dean Kessmann construes blank sheets of paper as potential sites for creation with words or images in Art as Paper as Potential. Scanning 365 sheets of blank paper, the artist created an installation with digital prints, transparencies, and video. He explains, “The predominant motive for working digitally on this piece grew out of my interest in translating these tactile sheets of paper into purely digital information, which, after being filtered through the virtual realm, is output, once again, into material form.” Identifying each page with a day in the calendar, Kessmann constructs a visual metaphor of an artist’s working year. “This project,” the artist imparts, “Is about the daily practice of making art, an act of giving and receiving.”

There will be an opening night reception, Saturday, March 20th from 6 to 8pm. 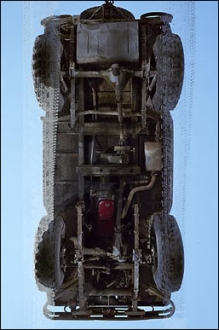 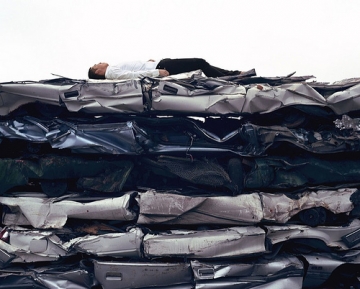