Conner Contemporary Art is pleased to herald the return of renowned Swedish artist Maria Friberg in her much anticipated second one-artist exhibition in Washington, D.C. Friberg has won wide acclaim as a photographer and videographer who skillfully deconstructs myths of masculine power. In her new series of breathtaking photographs, still lives, the artist beguilingly unravels the secure preconceptions most of us bring to experiences of visual beauty.

In these inspired new works Friberg expands her conceptual scope to explore masculinity and femininity as cultural constructs that reflexively shape one another and at times coalesce. Manipulating poses of her male and female models, Friberg reveals varying levels of passivity inherent in figural imagery. Situating her figures in symbolically charged contexts, the artist demonstrates that, like the Male/Female dichotomy, commonplace polarities of Culture/Nature and Subject/Object operate along continuous gradients rather than within discrete categories. For example, in "still lives 3 (man in bookshelf)" Friberg embeds a male figure in a context emblematic of the written word, evoking the notion of culture as a masculine force, but subverting the concept of action in the figure's horizontal pose. Conversely, in "still lives 4(man by lake)" a horizontal male figure supplants the traditional identification of the passive female body with the plasticity of nature.

In her still lives series Friberg brings the full power of her photographic medium to bear on the question of objecthood in art history. Imaging her figural subjects in an exacting style associated with the detached observation of Northern Renaissance still life painting, Friberg collapses the historical hierarchy of artistic genres and demonstrates how forcefully pictorial structure can objectify iconographic images, even when they represent human figures.

There will be an opening night reception and catalogue signing Friday, April 1, from 6 to 8pm at Conner Contemporary Art. The artist will be in attendance. 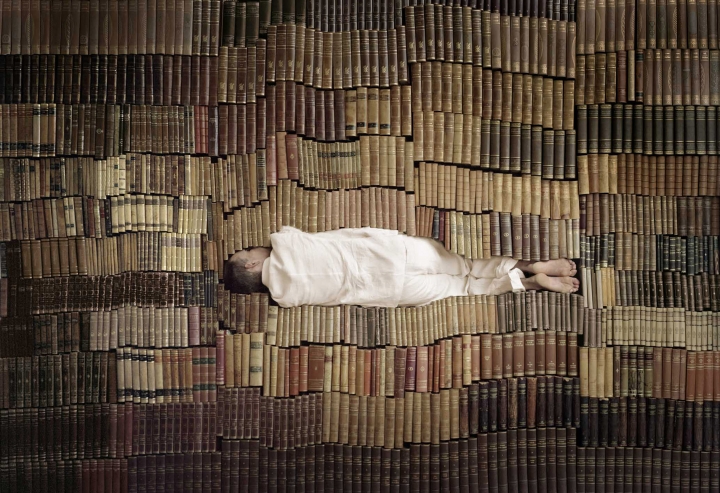