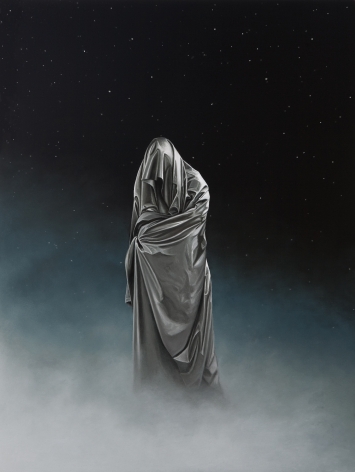 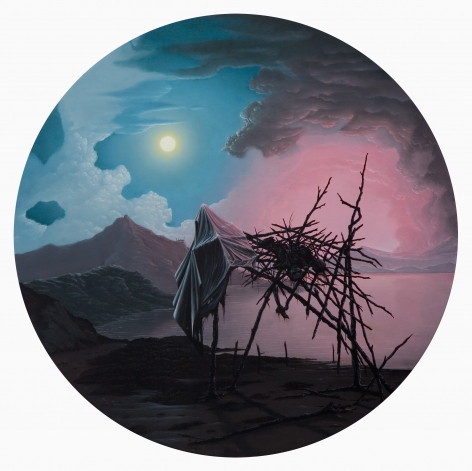 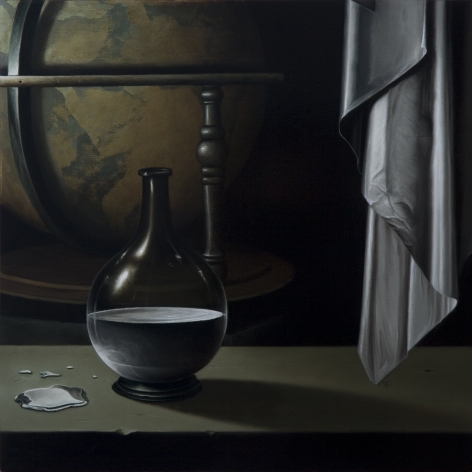 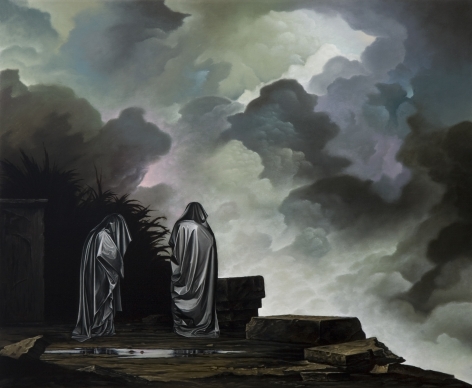 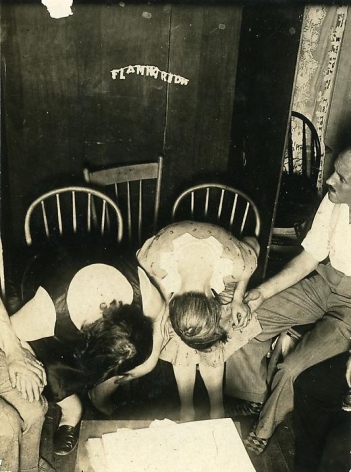 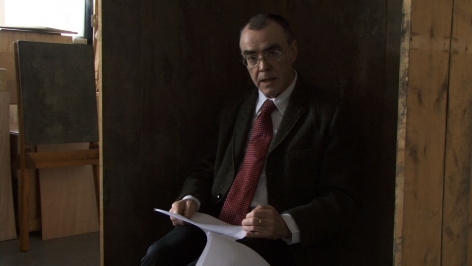 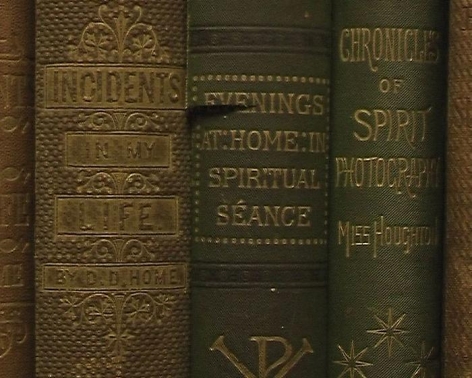 Infinity is a large-scale sculpture installation by John Kirchner. To create his 4th solo exhibition with the gallery, the DC based artist physically and metaphorically deconstructs a 26 foot boat. The Chris-Craft cabin cruiser, named “Infinity,” was built and marketed in 1955, the year of Kirchner’s birth. Reconstructing the vessel in the exhibition space, Kirchner re-interprets the boat’s social symbolism, turning the American dream, and the world-view that gave rise to it, on its head.

Kirchner converses with certain artistic traditions as he transforms the pleasure cruiser from a faded symbol of status and progress into a monumental parable about human nature. Known for making irreverent interventions with historied objects, Kirchner often draws upon the conceptualism of Surrealism and Arte Povera. In his new work, he explores the themes of power and vulnerability in Hieronymus Bosch’s parody of the Ship of Fools and Michelangelo’s depiction of The Deluge in the Sistine Chapel.

Presenting a live performance in the gallery during the opening night reception, Kirchner will confront viewers with a provocative allegory of the human condition.

Mercurius Duplex is John Stark’s first solo exhibition in the U.S. An innovator in the dark undercurrent of London’s contemporary art scene, Stark integrates styles and themes from recent and past artistic traditions to form his own system of meaning. The London-based artist makes his much anticipated American debut with a powerful new series of paintings in oil on wood panel.

The show’s title, meaning “dual mercury,” reflects the artist’s conception of his work as a Mercurial marriage of ‘high’ and ‘low’ art. Stark’s paintings contain a world of desolate landscapes, imaginary destinations appearing at moments in crisp, exacting detail, only to dissolve into light or mist elsewhere. Never giving away too much information, or surrendering to academic formulas, he converses easily with traditions of landscape and figure painting, while also evoking colorful sci-fi posters, or sublime filmic vistas. Stark presents us, in one painting, with a spare, moonlit terrain that echoes the cool stillness of Caspar David Friedrich. In another, he conjures the cosmic symbolism of Albrecht Altdorfer and Matthias Grunewald, painting a vivid sunrise, glowing with otherworldly colors, and lit with hints of meteorological phenomena. Stark updates these German masters with pop culture references, populating his unattainable, foreboding spaces with skulls and grim, hooded figures, which can read dually, as memento mori, or as death/metal insignia.

Stark’s symbolic imagery, including flasks and salamanders, explores the medieval history of Mercury as a duplicitous material, identified by alchemists with chaos/order and lunar/solar powers. Drawing viewers into a realm between darkness and light, Stark suspends us within a strange, uncertain time. Is this the end of a forgotten era, or the dawn of a post-industrial age? Using, at every turn, the slippery nature of Mercury as an analogy, he undermines scholarly enquiry with sardonic references to death metal album art. Stark moves deftly back and forth between the roles of a black magician - who masterfully calls forth our superstitions, fears, and fantasies with paint - and a diabolical prankster - who wittily cajoles us into laughing at our own seriousness.

Susan MacWilliam is the Belfast-based artist who represented Northern Ireland at the 2009 Venice Biennale. MacWilliam’s art probes the paranormal, the supersensory, and the tradition of psychic research. The artist approaches her subject through the history of occult photography, biography, and archival discovery.

Her research with the Thomas Glendenning Hamilton Spirit Photograph Collection, housed at the University of Manitoba Archives in Winnipeg, Canada, inspired F-L-A-M-M-A-R-I-O-N (2009). For this video, MacWilliam recreated the séance cabinet in which Hamilton had performed a séance in 1931. She uncovered records reporting that on this occasion, a spectral word materialized: “Flammarion,” the surname of a French astronomer and spiritualist. This ‘teleplasm’ is reputedly the only such materialization to take the form of a text. MacWilliam reanimates the séance cabinet with the presence of Irish poet/novelist Ciaran Carson, who recites words from photography and film lexicons. This footage is interspersed with scenes of the parapsychologist William Roll speaking about the manifestation of Camille Flammarion’s written name during the 1931 séance. MacWilliam creates her own forms of portraiture and storytelling to examine written emanation as a specter of the photographic medium.

Photography’s role in the legibility of spiritual phenomena is also a theme of Library (2008), which MacWilliam filmed at the Eileen J Garrett Library, Parapsychology Foundation, New York. The artist’s fixed camera positions provide voyeuristic views inside the library. We observe walls of bookshelves, and tables with reading lamps, undisturbed beneath the glow of overhead lights. Next, we are privy to boxes of documents stacked in storage rooms. Then we observe a long conference table, surrounded by leather high-backed chairs, as though assembled for a meeting, which no one attends. Ambient sound, barely audible, changes subtly with the acoustics of each location. The hum of air conditioning and distant traffic noises begin to sound like faint murmurings, heightening our senses and expectations. Book spines bearing the names of obscure or famous authors, and faded case history files, remind us of psychic researchers who are not present. Casting absent writers as ghosts of their habitual environment, MacWilliam reinforces the nexus between the letter and the spirit that brings inspiration to her work.

There will be an opening reception Saturday, September 11th from 6 -8pm. 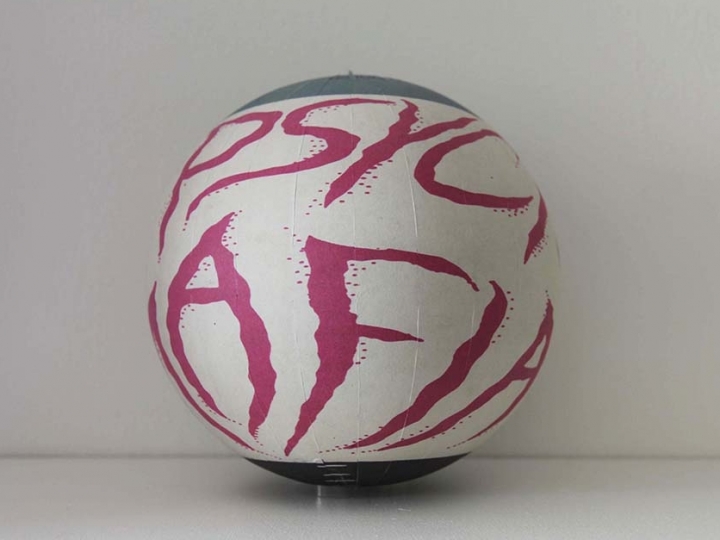 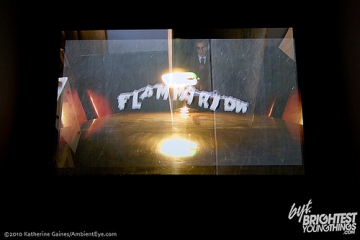 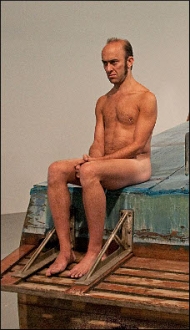 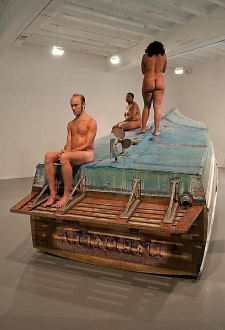